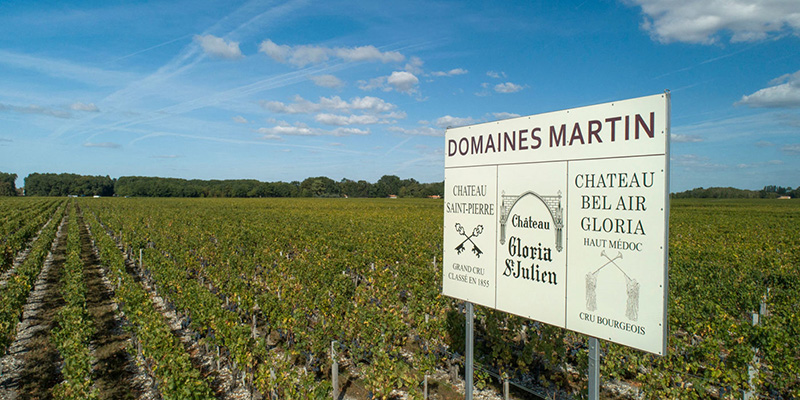 First and foremost this is the story of a man, Henri Martin, the son of a cooper, whose family history in Médoc went back for a number of centuries. It all began with a little vineyard, historically owned by the family, called Château Haut-Beychevelle Gloria, and it ended with the acquisition of Château Saint-Pierre, which had been given Grand Cru Classé status in 1855. In the meantime, Henri Martin created a world-renowned estate, Château Gloria. These three vineyards are all in the prestigious Saint Julien appellation, but he also acquired Château Bel Air, a Haut Médoc Cru Bourgeois, in the early 1980s. The total area covered by all of them amounted to a little over 105 hectares. Henri Martin died in 1991 and the estates are now run by his daughter, Françoise, and his son-in-law, Jean-Louis Triaud, backed up by their children, Vanessa and Jean. Château Bel Air is in Cussac, on the outskirts of Saint Julien Beychevelle and on the banks of the Gironde. This Haut Médoc Cru Bourgeois was acquired by the Martin family in 1980 and, although it is in a less renowned appellation, the vineyard has the same attention and care lavished upon it as the family’s estates in Saint Julien.