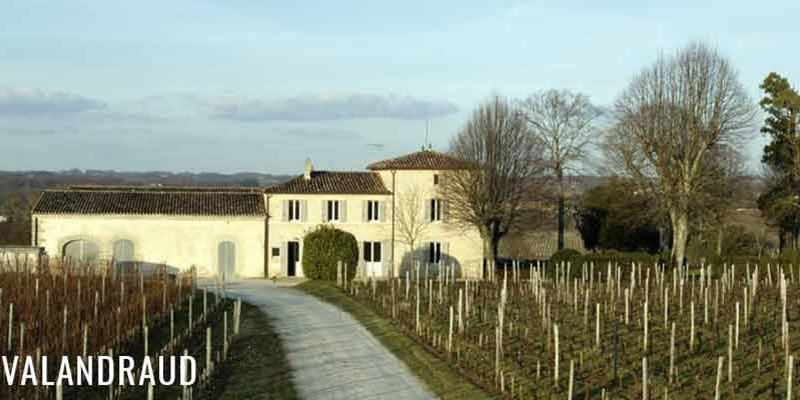 In 1989, Jean-Luc Thunevin and Murielle Andraud became the proud owners of a small plot of land of 0,6 ha in the valley of Saint Émilion between Pavie Macquin and La Clotte. In 1991 they produced and bottled their first vintage. Since then, their estate portfolio has grown with properties in Saint Christophe des Bardes, Saint Sulpice de Faleyrens or Saint Etienne de Lisse.

Château Valandraud is the main achievement of a wine obsessed couple, Jean-Luc Thunevin and Murielle Andraud. Château Valandraud was born in 1991 on a 0,6 ha vineyard bought with all the couple’s savings. Dozens of employees are working all year long in the vineyard and cellars to create the new vintage. The team in charge of the vineyard’s leading man is Christophe Lardière (vineyard manager). The team in charge of the vinification’s leading man is Rémi Dalmasso (in house oenologist and cellar master). Each team has a direct connexion with Murielle Andraud and Jean-Luc Thunevin who oversee the complete work done in both the vineyard and the cellar.

This small vineyard is situated in the Fongaban Valley between Pavie Macquin and La Clotte. This is where “Valandraud” comes from: Val (valley) and Andraud (Murielle’s family name, which appears on the Saint Émilion’s registry since 1459).

The 8,88 ha estate is now fully based on the clayey-limestone hills and slopes of Saint Etienne de Lisse, with an eclectic array of grape varieties: 65 % Merlot, 25 % Cabernet Franc, 5 %  Cabernet Sauvignon, 4 % Malbec and 1 % Carménère.

The harvest is done manually, the grapes being first sorted by the harvest crew directly in the vineyard, they then go through another sorting: A densimetric one through Tribaie® upon their arrival in our cellar. Stainless steel, wooden and concrete tanks are where the vinification process starts, with pigeage by hand, remontages, during a 3 weeks maceration. Malolactic fermentation is done in barrels. Ageing 18-30 months in 100 % new oak. Blending varies with every vintage, as the result of the careful selection work done by our technical team in order to choose our best lots. All along this process, there are also many tasting sessions led by Jean Philippe Fort and Michel Rolland.